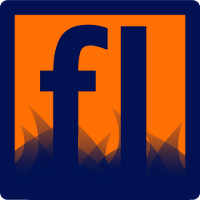 A small business with small goals. We wish to provide games and useful tools for either phone, tablet, or browser applications. Our aim is to make these products simple in design, to make them elegant in operation and yet still powerful in capability.

main | contours | curvy | cribbage | other projects | about us

This wallpaper draws a randomly generated landscape using retro styled contour lines. There are several configuration options available in the paid version including speed, frames per second (FPS), color, and elevation. Often compared to Tron in regards to image.

Each Curvy puzzle consists of a grid of hexagonal tiles. On each tile appears a single or double set of lines, and each set of lines has its own color. These tiles must be rotated to find a solution in which lines of the same color connect, with no loose ends.

FlamingLunchbox now presents Offti.me Cribbage. Following the same rules as the classic game, this version allows you to send a link to a friend and play a couple of games, or a thousand, on the same URL. Without the need for a login, you can play a quick game without the hassle of creating a profile.

Open Source Programmer's Text Editor using Canvas and WebGL is our successfully funded Kickstarter project. This project is still currently in production. Learn more about our progress thus far by visiting our blog.

Hash Pass is a chrome extension that creates passwords using a domain, profile and base password. By using Hash Pass you can use an email address and a single simple password to create a different unique password for every site. It is available via the chrome webstore.

Science Fiction Tower Power is the newest addition to our games collection. It's a math based game, where for each correct answer you destroy the aliens attempting to invade your home planet. This is the first addition created by pythonliving.

Cribbage updates and Curvy additions are in the works. We also have other Projects in the Lunchbox, though feel free to submit ideas.

Currently FlamingLunchbox employees two people, the two Co-Founders Robey and Rachael. While we try to focus on our projects, we are available for consulting purposes. Questions or concerns go to our Feedback Form. Otherwise use email contactus (at) flaminglunchbox.net.

Born and raised in the Pacific Northwest followed by a five year excursion to Ohio and then a two year adventure in DC, Robey cut his teeth programming in BASIC on an Apple IIe and then working at Intel for awhile as an intern on a tablet project (too far ahead of its time sadly). Like most inquisitive programmers he's worked in a variety of languages on a variety of platforms though he's currently focusing his efforts on web and Android development using Python, Java and Javascript. Aside from long walks on the beach (cold, rocky, Oregon beaches of course), Robey enjoys playing soccer and Viognier.